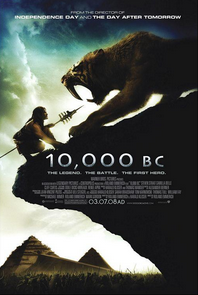 Aula de seminaris (1er pis) IMF-CSIC
c/ Egipcíaques, 15. 08001 Barcelona
Coordinen: Oliver Hochadel (IMF-CSIC)  i Margarita Díaz-Andreu (UB)
Actividad organizada por el Grupo de Historia de la Ciencia,   Institución Milà i Fontanals (CSIC, Barcelona)
Bonnie Effros is a Professor of History and the Rothman Chair and Director of the Center for the Humanities and the Public Sphere at the University of Florida, and currently a visiting scholar at the Centre des études supérieures de la civilisation médiévale at the Université de Poitiers (2015-2016). She is the author of four books, three on funerary ritual in early medieval Gaul, and the most recent on the history of French archaeology: Uncovering the Germanic Past: Merovingian Archaeology in France, 1830-1914 (Oxford University Press, 2012). She is currently writing a monograph on French colonial archaeology entitled Incidental Archaeologists: French Officers and the (Re)discovery of Roman North Africa, 1830-1870 (Cornell University Press).
Abstract: By the mid-nineteenth century, a new generation of scientists adopted what they characterized as a more objective scientific approach that harnessed empirical data gathered for this purpose. Led in Paris by Paul Broca, a neurologist and polygenist, advocates of the discipline of physical anthropology embraced a narrowly focused field that excluded many of the contributions of better-established disciplines like linguistics, phrenology, and ethnology. Armed with statistical methodologies from the biological sciences, they moved from the tradition of measuring the impact of environment on cultures and civilizations to identifying physiological features as the determining factor in human difference. This change represented a victory, at least temporarily, of quantifiable biological measurements over more abstract hypotheses about the impact of environmental, lifestyle, and migratory factors on human society. However, the broader historical implication of the scientific “turn” in anthropology was that from this point forward debate among archaeologists just as historians was grounded upon race as an allegedly immutable characteristic of identity. Offering two case studies from this period, that of early medieval gentes like the Franks whose remains were thought to be found across France, and that of the prehistoric peoples who inhabited the French colony of Algeria, I will demonstrate the impact of national and colonial ideology on the methods and conclusions drawn by physical anthropologists in Paris during the late nineteenth century.
Publicat per Ramon Gabara a dilluns, de febrer 22, 2016 Cap comentari: 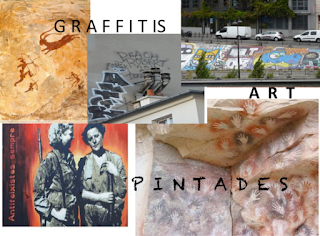 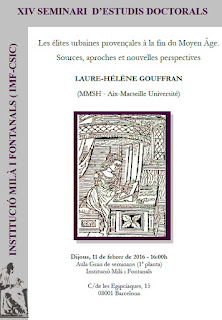 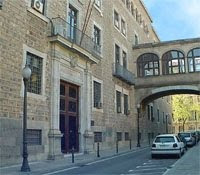